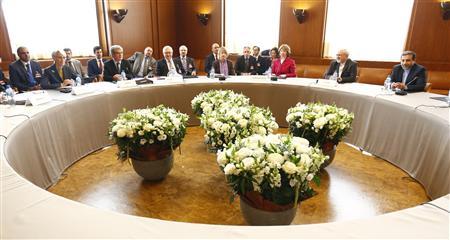 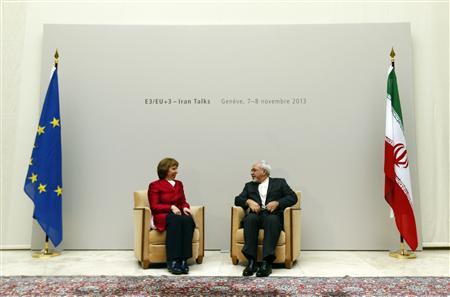 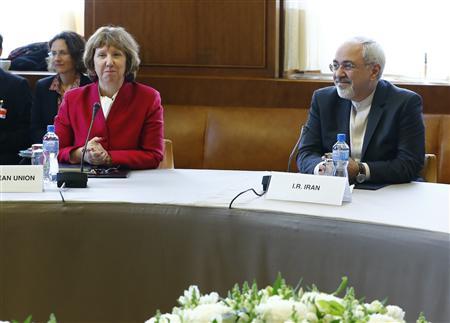 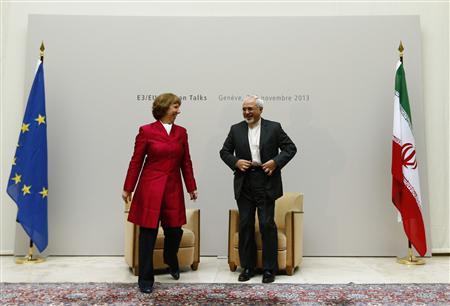 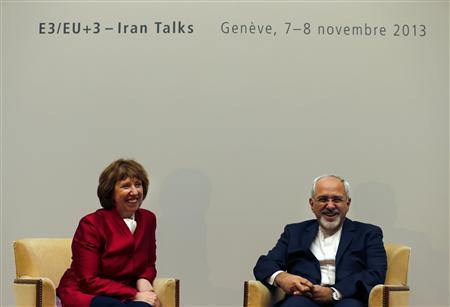 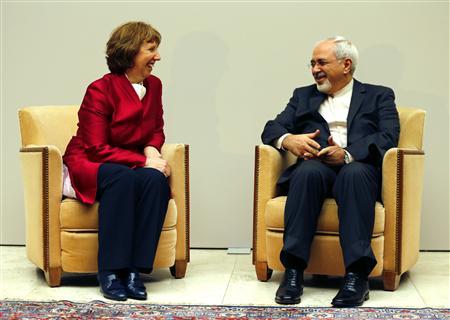 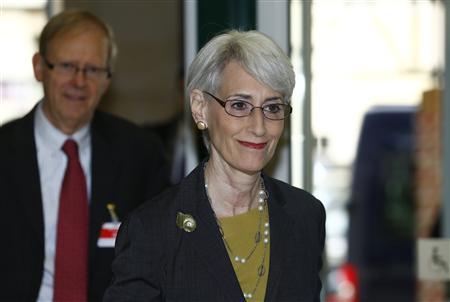 U.S. Under Secretary of State for Political Affairs Wendy Sherman arrives before the start of two days of closed-door nuclear talks at the United Nations offices in Geneva November 7, 2013.
Reuters/Denis Balibouse
left
8 of 8
right

GENEVA Iran and six world powers were closing in on a long-elusive deal on Friday aimed at allaying international fears about Tehran's atomic aims and reducing the risk of a new war in the volatile Middle East.

After the first day of a November 7-8 meeting, they said progress had been made towards an agreement under which the Islamic state would curb some of its nuclear activities in exchange for limited relief from sanctions that are damaging its economy.

Negotiators cautioned, however, that work remained to be done in the coming hours in very complex negotiations and that a successful outcome was not guaranteed. Iran rejects Western accusations that it is seeking the capability to make nuclear weapons.

Iranian Deputy Foreign Minister Abbas Araqchi said it was too early to say with certainty whether a deal would be possible this week, though he voiced cautious optimism.

"Too soon to say," Araqchi told reporters after the first day of talks between Iran and the United States, Russia, China, Britain, France and Germany. "I'm a bit optimistic."

"We are still working. We are in a very sensitive phase. We are engaged in real negotiations."

The fact that an agreement may finally be within reach after a decade of frustrated efforts and mutual hostility between Iran and the West was a sign of a dramatic shift in Tehran's foreign policy since the election of a relative moderate, Hassan Rouhani, as Iranian president in June.

The United States and its allies are aiming for a "first step" deal that would stop Iran from further expanding a nuclear program that it has steadily built up in defiance of tightening international pressure.

The Islamic Republic, which holds some of the world's largest oil and gas reserves, wants them to lift increasingly tough punitive measures that have slashed its daily crude sales revenue by 60 percent in the last two years.

Both sides have limited room to maneuver, as hardliners in Tehran and hawks in Washington would likely sharply criticize any agreement they believed went too far in offering concessions to the other side.

Lending urgency to the need for a breakthrough soon, a U.S. Senate committee said it would pursue a package of tough new sanctions on Iran after the current Geneva talks end on Friday.

President Barack Obama has been pushing Congress to hold off on more sanctions against Iran, demanded by its arch-enemy Israel, to avoid undermining the diplomacy aimed at defusing fears of an Iranian advance towards nuclear arms capability.

A spokesman for the European Union foreign policy chief - who is presiding over the talks - said on Thursday evening that the powers and Iran were "making progress" towards easing the decade-long standoff.

Zarif told Reuters earlier in the day: "I'm hopeful that we can move forward. We are making progress, but it's tough."

In an interview with CNN later, Zarif suggested that a partial suspension of Iran's contested uranium enrichment campaign might be possible - a concession it ruled out before moderate Rouhani's landslide election.

"There won't be a suspension of our enrichment program in its entirety," Zarif said, rejecting Israel's central demand.

But he said he hoped the sides would agree a joint statement on Friday stipulating a goal to be reached "within a limited period of time, hopefully in less than a year", and a series of reciprocal actions they would take "to build confidence and address their most immediate concerns.

Iran says it is enriching uranium only to fuel future nuclear power stations and for medical purposes. But its refusal to halt activity which can also have military applications has drawn the increasingly tough sanctions.

The United States said it also held "substantive and serious" bilateral talks with Iran in Geneva - direct dialogue inconceivable before Rouhani took office pledging to build bridges abroad and end a slide towards conflict with the West.

Iran and the United States have had no diplomatic ties since soon after the 1979 Islamic Revolution that overthrew the U.S.-backed monarchy, and their mutual mistrust and enmity has posed the biggest obstacle to any breakthrough nuclear accord.

White House spokesman Jay Carney said that in exchange for "concrete, verifiable measures" of restraint by Iran, the six powers "would consider limited, targeted, and reversible relief that does not affect our core sanctions architecture".

The broader sanctions regime would stay pending a "final, comprehensive, verifiable" accord, Carney told reporters In Washington. If Iran did not follow through towards this end, modest sanctions relief could be reversed and stiffer penalties imposed.

The U.S. Senate Banking Committee chairman declared the panel was moving forward on a proposal for new sanctions, a step likely to please Israel which has campaigned against compromise proposals under discussion in Geneva, describing them as potentially "a mistake of historic proportions".

Senator Tim Johnson, a Democrat, said Senate Majority Leader Harry Reid instructed him to bring the bill closer to a vote by the full Senate by calling for a debate on it.

Araqchi, the Iranian deputy foreign minister, said after the morning meetings that he hoped a deal could be struck but "the differences are widespread and deep. This is undeniable".

The Iranian delegation held a series of meetings - one with all three European delegations, then, separately, with the Russians, the Chinese and the Americans.

Araqchi met for an hour with U.S. delegation chief Wendy Sherman, under secretary of state for political affairs, in a meeting that a senior State Department official described as a "substantive and serious conversation".

The United States and its allies say they are encouraged by Tehran's shift to softer rhetoric since the election of Rouhani. But Western allies say Iran must back its words with action and take concrete steps to scale back its atomic work.

Washington says that would buy time for Iran and the powers to reach a broader diplomatic settlement and avert any war that could cause global economic upheaval.

"It remains our assessment that Iran would need at least one year to acquire one nuclear weapon from the time that Iran decides to pursue one," Carney said, describing the U.S. view of a potential "breakout move" by Tehran toward building an atomic bomb. "In other words, we would be essentially buying time."

The exact nature of a possible first step remain unclear. But the six global powers are unlikely to agree on anything less than a suspension of enrichment of uranium to 20 percent fissile purity, a level that constitutes a technical milestone not far from the threshold for a nuclear warhead.

They want Iran to convert its stockpile of 20 percent uranium to an oxide form suitable for processing into reactor fuel, and take other measures to slow the program.

A U.S. official said Iran at this stage must address important aspects of its nuclear activity, including more intrusive U.N. inspections. Iran's construction of a research reactor near the town of Arak is also a growing concern for the West because of its potential to yield plutonium for bombs.

Israeli Prime Minister Benjamin Netanyahu said he disliked the outlines of an initial deal being hinted at in Geneva since it would allow Iran to keep a nuclear capability.

"Israel totally opposes these proposals," he said in a speech. "I believe that adopting them would be a mistake of historic proportions. They must be rejected outright."

Widely assumed to be the Middle East's only nuclear power, Israel views Iran as a threat to its existence and has warned it could carry out pre-emptive strikes on Iranian nuclear sites if diplomacy fails to restrain the program.